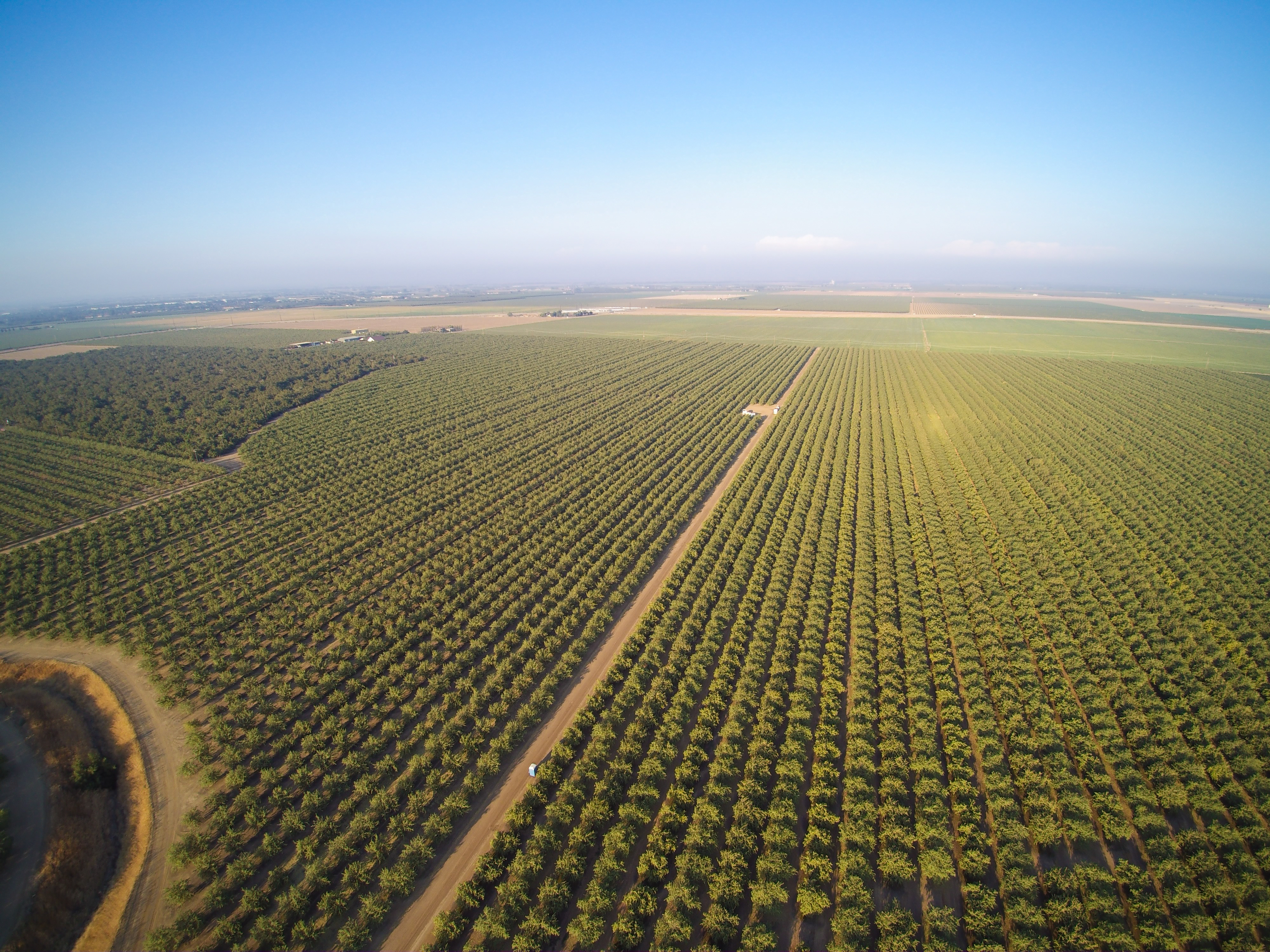 March marks the second month of accelerating shipments from a low in January. This trend follows nicely with shipment patterns seen last year, but is counter to historical shipment cycles. We discussed the developing shift in shipment patterns in in depth in December and a bit more in January; and, as expected, accelerated shipments did materialize in February and now again in March. To illustrate, consider the chart below tracking shipments by month over the past several crop years:

Elevating shipment levels is not an impossible task however. New Monthly Commitments have been trending in the positive direction. March marks the fourth month in a row in which monthly new contracts exceeded last year’s pace and the Industry has more pounds on the books than it did a year ago at this time. Export markets have also strengthened of late giving optimism to solid shipment figures in the short term.

While the Industry may be experiencing a period of strength on the demand side, the ability to transport shipments continues to be a struggle. China has returned to a state of lockdown, which has severely limited the capacity to offload/load vessels. This has not only exacerbated the container shortage that US ports have been experiencing as shipments between the US and China have been impacted, but cross-transit shipments using Chinese ports have also become severely congested with reports of stuck containers going on a month plus now common. Carriers and handlers are stuck now looking for alternative routes where China is a common through port, India being a primary market experiencing this impact.

The invasion of Ukraine has put much of Eastern Europe on alert and shipping companies have moved to avoid the region all together. This has added pressure to other EU ports as vessels are now be routed to avoid the risk of collateral damage from the conflict. This has caused added congestion at key EU ports further slowing the global supply chain.

Stateside, logistical nightmares persist as well. Ongoing capacity issues have more than doubled and even tripled most shipment rates. Oakland and LA Long Beach ports have also begun implementing appointment systems, which have further complicated and constrained container movements with limited the number of appointments available. As a result, vessel utilization is dropping at an alarming rate as US Exporters can’t in-gate full containers in time.

Equipment shortages in the US are so severe that when bookings are available, empty containers are not. Our team has recently been able to dispatch truckers to accommodate bookings only to find about a 33% success rate in securing empty containers. Empty containers are at such a premium, reports of truckers being dispatched to Oakland from LA Long Beach are numerous.

The issues facing global supply chain movements are complex and multi-faceted. A return to normal is not going to occur anytime soon. Sky high prices, longer transit times, risk of delays in transshipment – these are all risks the Industry is going to have to adapt to. Logistics has become the primary barrier to expanded almond shipments and could very well have long-term demand impacts on our industry.

No ‘Miracle March’ means another year of drought conditions has become an unavoidable reality. April can still bring some additional precipitation; but, traditionally, the transition from March to April marks the end of snow accumulation and the beginning of the spring melt with warming temperatures and less frequent storms. Significant precipitation has nonetheless been infrequent and inadequate. A recent New York Times article noted that California snowpack was just 39% of normal and 23% lower than this time last year. As of April 12th, snow pack, per water.ca.gov, had fallen to 22% of normal statewide.

A light snow pack will put a lot of pressure on already low reservoir levels. Per water.ca.gov, of the nine reservoirs with at least 1 million acre-feet capacity in California, none are more than 70% of full capacity. In aggregate, these nine largest reservoirs are only 44% of capacity. From a historical perspective, these same reservoirs are only 59% of their historical levels as of April 12th representing over -6 million less acre-feet than a historically average year. For additional context, this is over -1.8 million acre-feet less in storage than we had time last year. Less water in storage and less water in snow pack does not bode well for the water supply situation ahead.

One last note on drought: 43% of California is now designated as in ‘Extreme Drought’ as defined by drought.gov. This encompasses most of the Northern and Southern growing regions with the Central valley in ‘Severe Drought.’ With a small snowpack and low lake levels, the simple fact is there is significantly less water available this year than there was last year without hope of significant relief on the horizon. Drought concerns are real and impacts will absolutely materialize this crop year.

We enter the primary growing season with many orchards already stressed from successive years of drought. This alone is enough to reduce the upper limits of a seasonal yield; however, widespread frosts have also done their part to ensure that bumper yields will not be seen this year. Combined, the expectation of a more modest crop size has already been set. With plenty of uncertainty to come, many are looking ahead to the potential of a reversed supply scenario by the time harvest is upon us.

Crop forecasts recently published by other Industry members have been as low as 2.5 billion and as high as 2.9 billion. It would be reasonable to believe that the crop could eventually fall between these numbers, but the wide variance highlights the reality that this current crop is likely to be the most difficult to estimate to date. While frost and drought impacts are widespread, their impacts vary greatly between region and even variety. We will access future estimates when they are available, but we advise caution when evaluating their merit and eventual accuracy when they do arrive.

India has returned to last year’s buying pace effectively matching last March with 23.9 million pounds imported. This is the third month in a row in which the sub-continent has been on par with its imports YoY which itself is a strong improvement over the beginning of the crop year that saw its import rate significantly drop. India remains off -17% on the year, but we’re expecting the return to strong buying patterns to continue. The early Diwali season will mean that the Indian market will need to purchase entirely from the current crop in order to cover needs helping fuel demands as we go through summer.

Western Europe has returned to form as well with March resulting in comparable import numbers from a year ago. This builds on a similar scenario in February and has helped the region move from an annual pace of -26% through January to -18% in March. Spain saw the largest YoY growth at +36.4% and marked the second consecutive month of YoY growth. Apprehension in the region with growing instability to the east may fuel short-term demand, but a constricted supply chain may prevent any immediate shipment spikes as prompt shipments are hard to come by. In any case, any oversupply scenario the region may have been experiencing seems to have played out and we expect the region to continue to pace at or above its numbers from a year ago.

China was off -10.8% YoY in March and remains -27% off on the year. Inshell imports however have now exceeded their monthly YoY figures by at least +69% of the past three months. The increase in inshell purchases has likely been influenced in large part from inshell supply constraints from other sources like Australia that experienced untimely weather and has seen diminished quality as a result. Elevated inshell imports are expected for the immediate future.

The world supply chain continues to experience bottle necks, elevated prices, equipment shortages, labor constraints and just about anything else that would make shipping product more difficult, time consuming and expensive. This isn’t going away. Everyone in the industry is having to take a longer-term view as a result. Prompt shipments will continue to pose issues and logistics is going to cost more. This means buyers need to plan accordingly. This reality will continue to support a shift in historical buying trends keeping demand strong in the short term relative to historical figures.

We're expecting a carry forward somewhere between 800 million and 1 billion pounds. This abundant summer figure will keep a cap on the overall market. While demand appears to be following last year's trends, logistical issues are likely to limit how significantly shipments can accelerate.

The pending Subjective Forecast is the next influential market indicator and could hold significant future sway on pricing. The expectation of a smaller crop is widespread. If the forecast confirms this expectation, or highlights the possibility of a significantly smaller crop, handlers are likely to gain added confidence in the economically viability of a large carry forward in the summer.

Price differential between NP 27/30 and Cal 27/30 has widened to its largest gap of the year. Inshell has also been operating more as an independent market with quality concerns from other sources and logistical concerns playing a significant role in how prices are being set.

Those assessing markets would also do well to be reminded that farming input costs are up across the board. This includes fertilizers, fungicides, herbicides, fuel and labor. Increased input costs have the grower community demanding higher returns simply to continue to break even. This reality has already added pause to some handlers under the current pricing parameters and would only encourage a more restrained selling approach should a short crop scenario come into clearer focus. What should materialize, some pricing volatility remains. While we don’t expect a fast and furious rebound in prices, we see more potential in the upside than in the down.