USDA-NASS Objective Forecast and What it Means 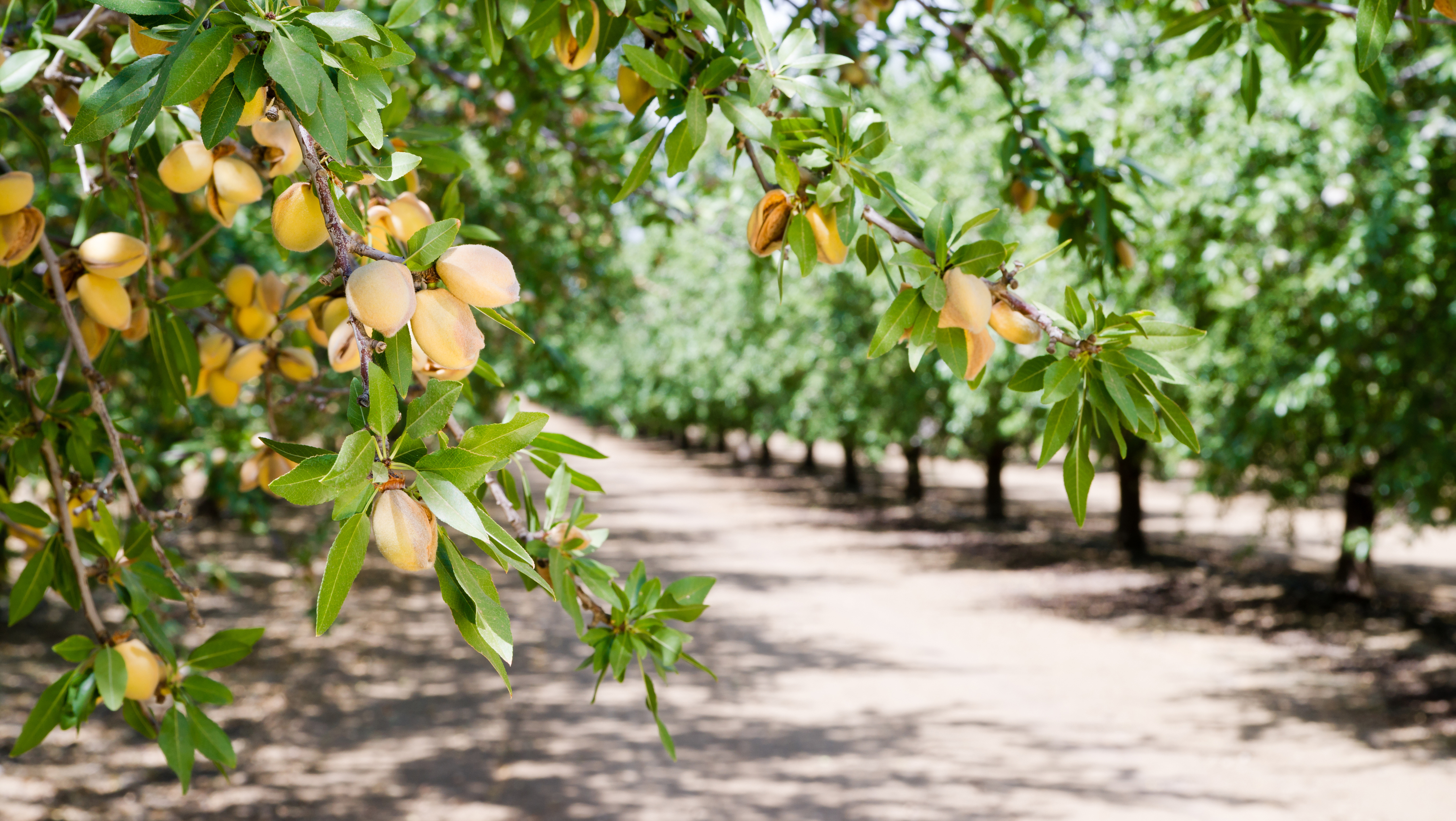 As we communicated in our June Market report, our observations suggested that handlers had long been coalesced around a crop size under the originally forecasted 3.2 billion of the Subjective Report. Drought conditions were but one primary reason for this belief and the Objective Report validates concerns on growing conditions offering this: “Due to low water allocations and record high temperatures in June, the crop did not develop as well as expected.” Drought conditions will persist as this is California’s dry season, meaning trees will continue to face stress and risk additional stresses from continued water shortages.

What Does a Forecast Mean?

What does a 2.8 billion pound forecast actually mean? Will the industry actually harvest 2.8 billion pounds? Most assuredly not, and the Objective report actually states this. The 2.8 billion number is actually the center point in a range of outcomes, of which 80% of the time, the actual yield will fall into. In this case the range that is being forecasted is 2.530 billion – 3.070 billion pounds. Statistically speaking, there is an 80% chance actual yield falls in this range. If you’re in Vegas, these are pretty solid odds.

The Subjective Report should also be considered a range instead of a single point. If you take the Subjective’s 3.2 billion pounds and look at the last ten years calculating the difference between actual and forecasted volumes, you could create a distribution curve resulting in a forecasted range of 2.82 billion – 3.47 billion with 83% confidence. Taking this a step further and looking at where the Subjective and Objective ranges overlap, you could reduce your forecasted range to 2.82 billion – 3.07 billion pounds. This range may still undershoot where we believed the industry had coalesced prior to the Objective Forecast’s publication today, but perhaps does a better job of massaging the two reports. 3.2 billion is perhaps not entirely out of the question, but the more likely outcomes fall near 3.0 billion with something under 2.9 billion also possible.

Where Do We Stand?

So what happens next? Well, firming prices in the short term. We stated as much in our June Report. Now with a 2.8 billion headline figure, handlers are going to be reluctant to continue to offer almonds at the cut-rate prices we’ve seen over the past year. The reality of a supply decrease below the 2020/21 crop now seems quite likely and handlers will be looking to begin to bring prices back in line with growing costs and produce a return for their business. That said, supply is still projected to be robust, meaning all but the most price dependent new demand built over the last year are likely to continue to find a source for almonds. Large size kernel markets however may be the exception and continued premiums in this category seem likely to persist with almond development clearly being impacted by drought. As harvested crop begins to hit handles in the months to follow continued market fluctuations are likely.

Looking for Something Extra?

This month’s NutNews podcast was released last week and explores the realm of food safety. Quality Assurance Managed Jeri Sparks-Gonsalves joins to put multi-day audits and modern protocols into perspective. Follow us on Social media or your favorite streaming service to never miss an episode.