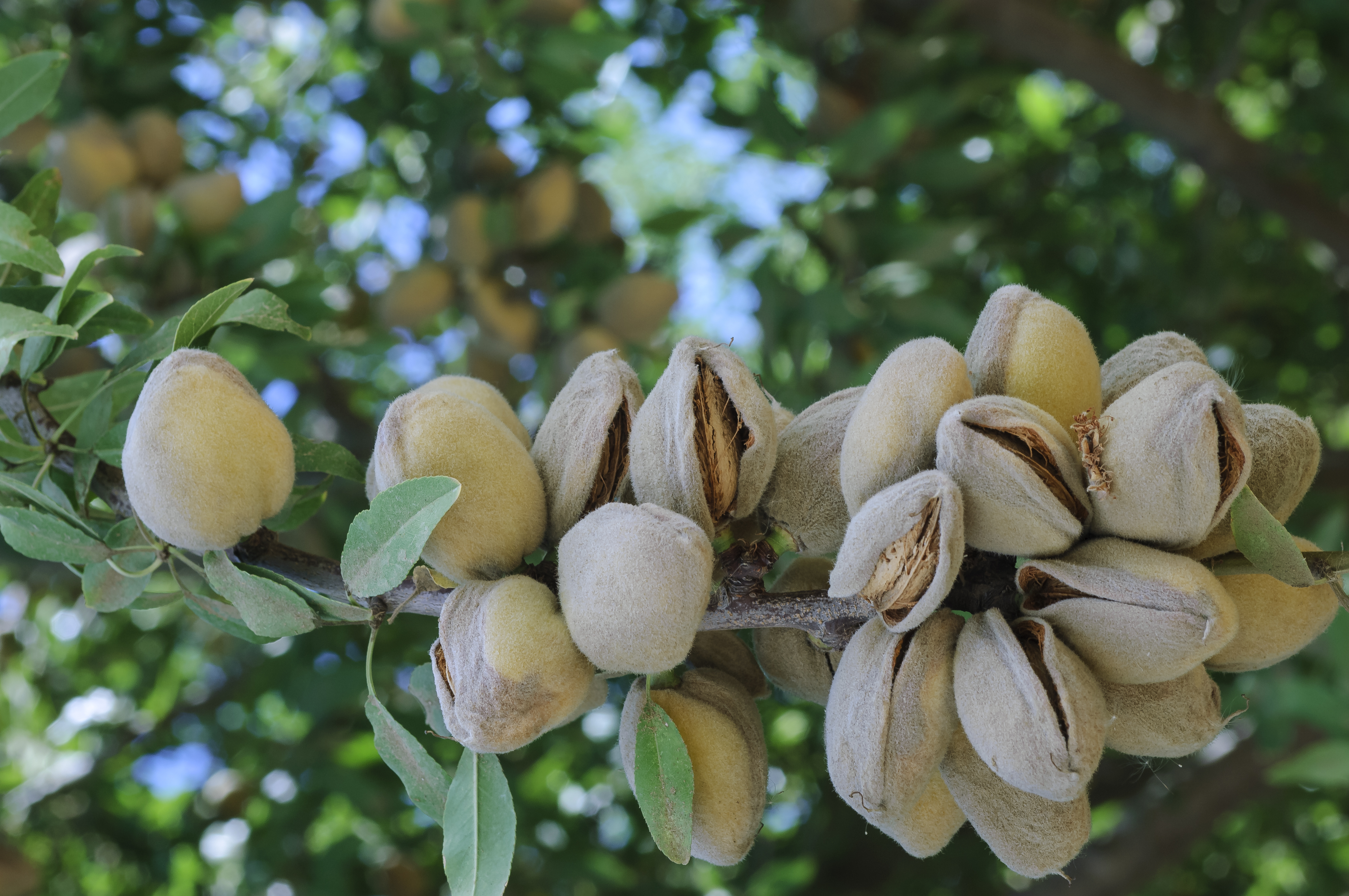 Another strong shipment period was recorded in the Almond Board’s June Position Report. California handlers shipped over 220 million pounds in June up +25.7% over last year’s numbers. On the crop year, the industry now paces +21.7% growth in net shipments with one month to go. This falls well within current expectations and we’re continuing to forecast a carry forward under 650 million pounds, probably closer to 600 million. As a percentage of supply, this carry forward number is historically a very comfortable range to be in allowing handlers to service existing accounts through the transition.

Export markets continue their trend of strong growth marking their fifth straight months of record shipments and 10th record month this year. The +32.8% growth rate in June is just above the +30.0% rate export marks are now pacing through 11 months of the crop year. While domestic shipments failed to surpass the record June set in 2016/17 crop year by a slim margin of 50 thousand pounds, the 65.25 million pounds shipped represented a +11.5% growth over last years numbers. Domestic shipments now pace +4.40% growth on the crop year.

One could be tempted to conclude that commitment levels remain strong with the position report showing +34.0% over last year. But digging deeper, this number does not account for new crop commitments, which themselves lag behind last year by -28.8%. In aggregate commitment levels are about on par with this time last year, so handlers may be comfortable with their positions. It should be noted however that June’s 94.6 million newly added new crop commitments account for roughly 29% of all commitments for 2021/22. Compare this percentage over the past two years, June newly placed new crop commitments totaled 37% and 42% respectively. This is another indicator that handlers are not selling new crop as aggressively as they did in previous years at this time. Why that may be is up for speculation, but we propose a few possible explanations.

Prices for California almonds have been historically low. With the large supply increase of over +20% we saw last year, it is understandable why prices fell as much as they did. But we’re expecting another large crop you might retort, why would prices be expected to rise now? While it is true that the Subjective Report forecasted 3.2 billion for crop year 2021/22, this number has been consistently higher than industry consensus among growers and handlers. There are a few reasons for this, but if this is indeed the case, then it would be reasonable to assume that handlers would be slow to enter the market if the expectation that next week’s Objective Forecast was to show a lower number. We’ve heard speculation that a forecast could come under 3.0 billion, which could put the squeeze on the industry to satisfy newly opened markets. Either way, when this report is published, markets are likely to be reset.

Drought and break-even commodity prices are likely weighing on handlers as well. At current pricing growers have been operating at or near breakeven. Drought conditions are further straining the economics, so whether a downward adjustment in the forecast is likely or not, many handlers may be reluctant to be aggressive selling if there is any potential price upside.

Drought continues to be a major factor in California. Drought related headlines continue to dominate the news cycle and nowhere is the news good. Governor Newson just asked all residents cut water use by 15%; reservoir levels are so low many hydro electric sources are now offline and some water boards are cutting water allotments, meaning some farms are dry and fallow; and some smaller municipalities have already run dry cutting off residents. Some almond growers will fair better than others, but reports of abandoned acreage has made headlines. For those pushing to make it to harvest, many may be forced to under provide water for their orchards resulting in smaller kernel size and risking higher levels of serious damage.

Collectively growers will bring a crop to bear this year, but many in the industry point to the drought as a major drag on eventual yield and a major factor not easily taken into account with the forecasting models the industry relies on. While the Objective Forecast does a more robust statistical job than the Subjective, many are still concerned that the true impacts of the severe drought may not be realized until harvest.

China remains a wild card if for no other reason than many of the trade barriers put up over the last several years remain. China currently enjoys a favorable shipping scenario from the US reducing the landed costs of almond imports from California handlers. Shipping conditions aren’t likely to change anytime soon, thus China continues to be buyers of almonds. Direct shipments into China topped 6 million pounds in June and the republic has an annual growth rate of +68% on the crop year. Conditions seem favorable for continued purchases.

However, year over year monthly shipment growth was just +10.8% in June which followed +204.7% in May and 466.2% in April. It’s probably unreasonable to expect triple digit YoY growth to continue, but June’s rate isn’t heading in the right direction declining -31.1% MoM from May and -10.4% the month before. We’re not writing off China’s reemergence in the market just yet, but it will be something to continue to watch.

Consider that net imports to India saw a YoY decline of -33.5% in June. While this isn’t the first time this crop year that India has experienced a YoY decline in monthly imports, it is still a significant number and points to a broader trend that explains the bump in kernel shipments: California handlers don’t have any inshell left. For months, inshell product had been commanding a premium and as we near the end of the crop year, supplies are all but committed. Importers that had experienced a boom time with exceptional market growth (+45% on net for the year) are now finding themselves in an unfamiliar position of having to struggle to keep up with demand. This bodes well for the long term signaling continued growth potential for this exceptional market, but a slow down in the pace of growth is likely until new crop becomes available.

Where India and China may be slowing down, Western Europe is accelerating. The region as a whole now paces a crop year growth rate of +18% up from +16% in May. This late in the year this is significant movement. All of Western Europe’s major markets are up on the year. Spain’s 213 million pounds is +20% on the year, and Germany, with almost 138 million pounds, boasts a +13% growth rate. Italy, Netherlands, and the UK round out the top five Western Europe markets and have growth rates of +29%, +26% and +18% respectively.

Freight and shipping expenses have been a common theme for headaches in the industry for several months now. Shipping rates have seemly doubled overnight just to double again the next day in some instances. Delays at ports with vessels waiting and labor shortages at the ports slowing loading and unloading, logistics bottlenecks aren’t going anywhere. Buyers of California almonds should expect longer transit times, possible rolled bookings and significantly higher freight rates for the foreseeable future.

The Objective Report is expected to be published on Monday. We will follow up with a fresh look at the report and what it may mean for market conditions. Follow us on social media, links at the bottom of the page, and check your inbox to stay informed.

Looking for Something Extra?

This month’s NutNews podcast was released last week and explores the realm of food safety. Quality Assurance Managed Jeri Sparks-Gonsalves joins to put multi-day audits and modern protocols into perspective. Follow us on Social media or your favorite streaming service to never miss an episode.