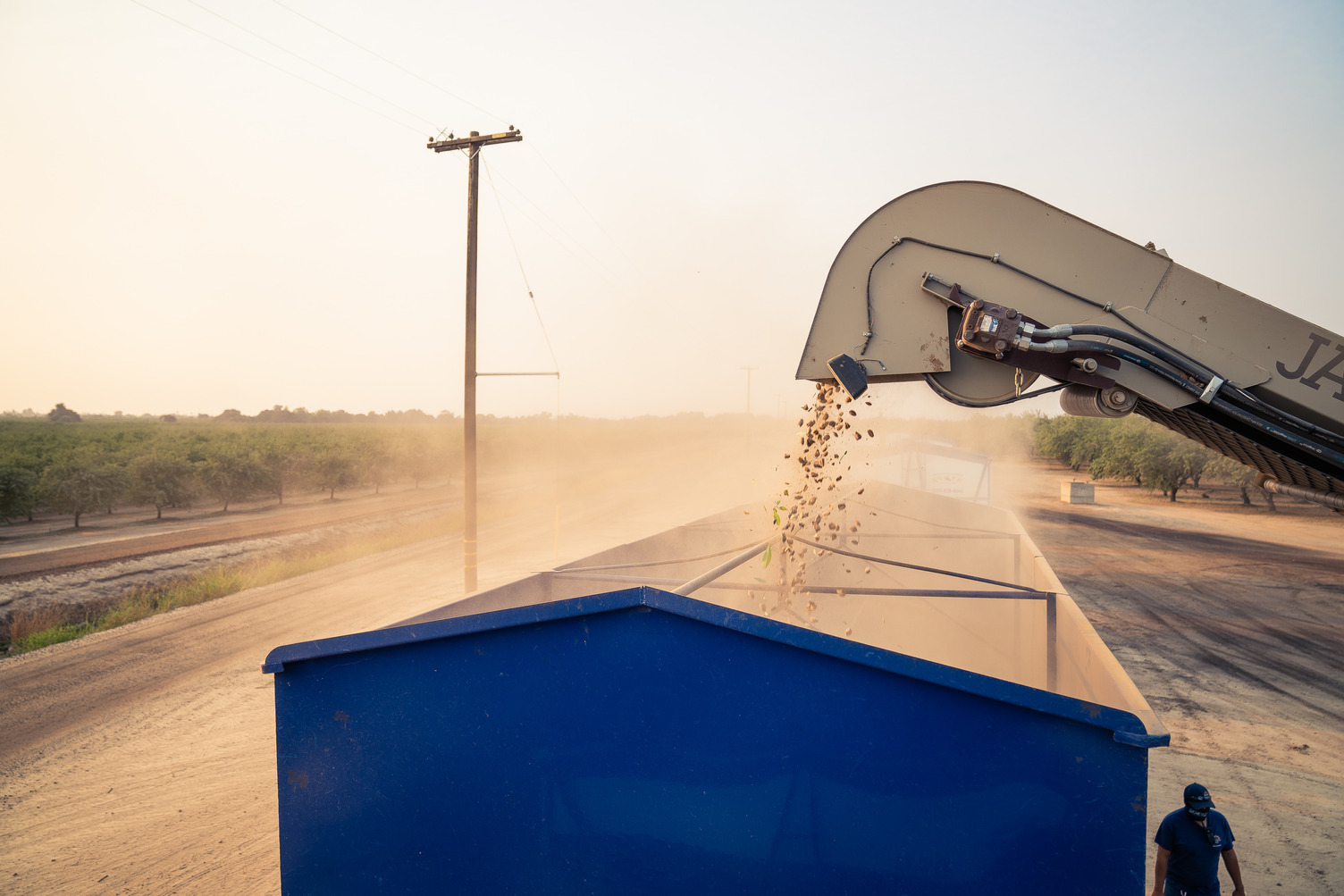 How to Position Ourselves

Almond Board’s September Position Report came out today and continues to show strong demand for California Almonds. Shipments are up on net +32% year to date with Domestic and Export showing growth of +10.88% and +42.85% respectively. With such impressive growth figures, it should be no surprise that both Domestic and Export markets set all time record marks for shipments for the month of September. That said, the degree to which these records were set is particularly noteworthy. Domestic shipments in September were +16.98% higher than they were last year, while exports were up +39.11%. On net, this is a remarkable +32.99% higher than last September.

Commitment buying remains strong as well. In August’s Market Update we touched on a computed metric measuring the net change of commitments – or monthly new commitments. This calculates how much new business was done for future delivery and can be used as a barometer of buyer interest in the current market. Last month we noted that we had been seeing historically strong monthly new commitments. We continue to see a similar pattern in September with 306 million pounds being added to the books. This is the highest September mark we’ve seen and remains well above average. This suggests continued interest in the current market and strong long-term demand for California Almonds.

Briefly want to touch on Supply. Handlers have reported receipts totaling 1,031,390,548 edible pounds. This represents a +29.86% increase. This is a significant increase. Favorable weather throughout the state and increases in handler capacity are the likely drivers of this increase at this time. Roughly a third of the way through the forecasted yield, it is far to early to have an understanding of where we may fall on eventual crop size. An expectation of a significant supply increase remains and should continue to balance the short-term threat of large-scale upward price increases typical with strong aforementioned demand conditions. The exception to this would be larger size Nonpareil which are in short supply. This pattern of size shifts is not uncommon in years where yields are high as the trees need to spread their resources to more nuts at the expense of over developing those that would result in our largest kernels. We’ll touch a bit more on both prices and size issues later in the report.

The World of Exports

India. Need we say more? Perhaps we don’t, but in case we do, the sub-continent accounted for 63,457,986 pounds of California Almonds in September. This is a +167.66% increase YoY and through the first two months of the year, India is up +139%. As if those numbers aren’t remarkable enough, consider this: The US domestic market, long holding the #1 market destination for California Almonds, handled 63,584,534 pounds in September. Do the math. The US domestic market outperformed India by a paltry 126,548 pounds - not even a handful of container loads. India overtaking the US market, even for a single month, would be a historical milestone. It’s not unreasonable to think that with the current market conditions the way that they are and India with its price sensitive and health-conscious consumers, that India would at least continue to be a major driver of demand.

It’s also quite clear that the vast majority of export markets are also taking advantage of the mix of sluggish prices and particularly health focused consumers. The position report shows consistent and quite strong growth figures across most markets. All major regions show growth numbers +23% or greater YTD including Americas at +23%; Asia-Pacific at +68%; Europe at +23%; and Middle East/Africa at +25%. Looking at the top individual markets of India, Spain, China, Germany, Italy and Netherlands, only China has seen negative growth YTD at -9%. Even then, including gray markets like Vietnam and Malaysia, which has seen YTD growth of +449% and 92% respectively, there is a case to be made that China is in no way contracting.

What This Means for Pricing

Prices have rebounded from their historic lows and in some cases, by significant margins. NPS 23/25 has seen as much as an +$0.80 since July. This particular example has certainly been buoyed by broader market movements, but it also demonstrates a need to understand micro-market influences. In this particular case, a rather predictable shift in almond kernel size when trees are overloaded has made larger almonds less plentiful. With demand signals as they are, NPS 23/25 is a reminder that any reduction in expected supply will ultimately accelerate price increases.

Not all specifications have seen such large market movements though. With both demand and supply signals strong there will be competition for the narrative as to which one drives the pricing conversation. We expect additional pricing fluctuations as the industry continues to balance the market and we’ll continue to watch the data and reports and provide you with our take on the market. Be sure to follow us on Facebook and LinkedIn for more news and analysis.