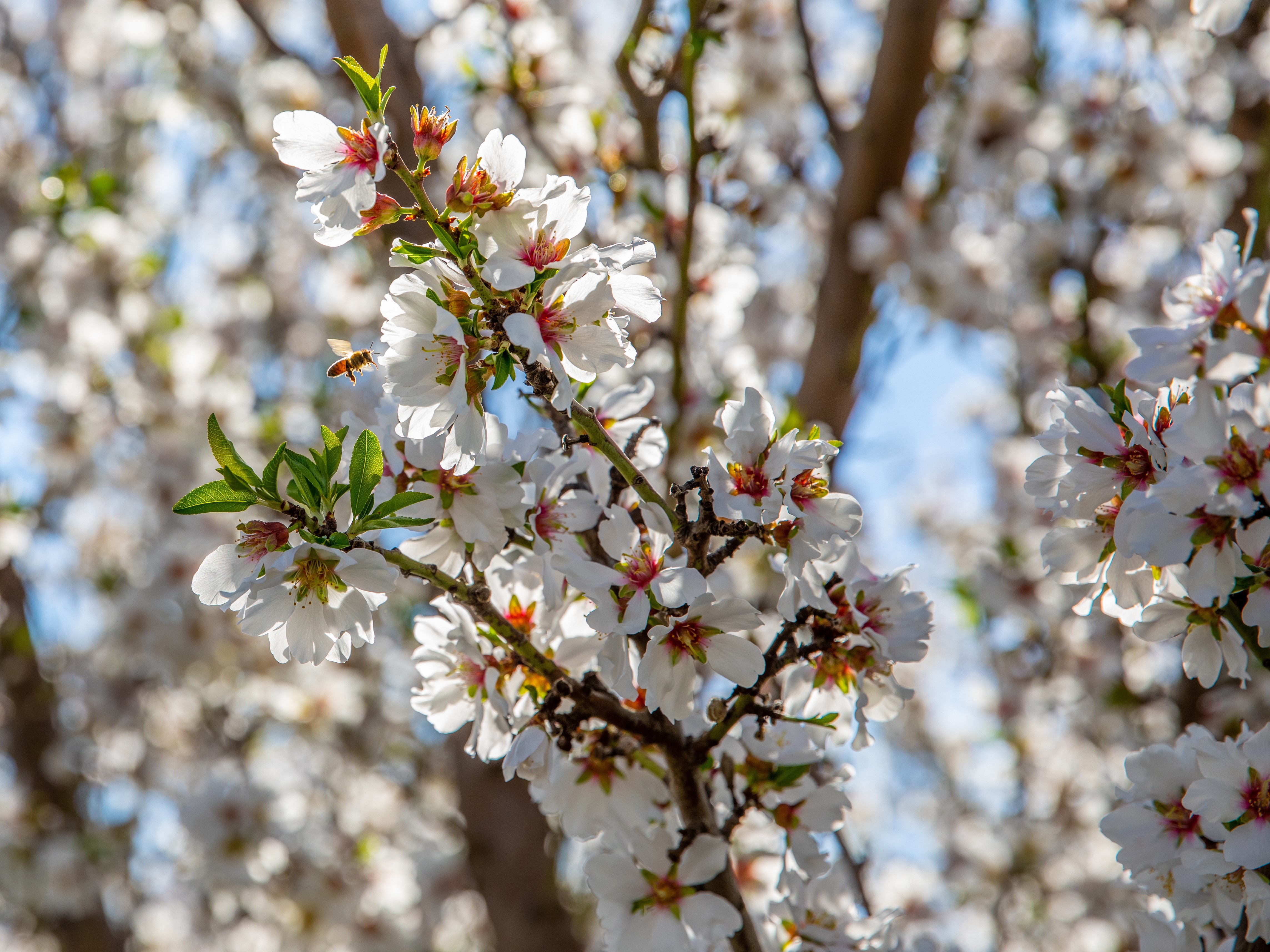 February’s Position Report shows that crop receipts now total just under 2.9 billion pounds. This remains in line with recent market expectations. Additional pounds may continue to trickle in, but no significant changes to supply are expected at this time.

The Industry shipped just under 200 million pounds in February representing a +12.6% MoM increase. Net February shipments were less -15.0% than last year however with domestic shipments off -24.0% and export off -11.1%. On the crop year, the Industry is -16.0% below last year’s shipments numbers through February. This equates to -274 million less pounds shipped this year than last.

Current commitments top 857 million pounds. This is comparable to a year ago, off a modest -3.3%. New monthly commitments have been elevated over last year’s numbers for the past several months and continue to show buyer interest in this market. However, it is clear that the Industry remains undersold with an extra 207 million pounds of uncommitted inventory on the books.

Export markets on net bought 146 million pounds in February. While is this less -11.1% from last year, the current numbers exceed any other February on record. The -11.1% figure is also the most favorable YoY monthly figure since August 2021 and could signal a strengthening export market.

Australia's primary growing region has been experiencing wet weather. This has increased the risk for damage and quality issues, particularly for inshell product. This may reduce the expected supply from this market and force both China and India to rely more heavily on California to meet their quality specification.

India imported just over 20 million pounds in February. This marked a mere +1.9% YoY growth over last February; but, this is the first month since July 2021 in which India has imported more pounds within a month versus the year prior. On the crop year, India is down -18% totaling almost -49 million pounds.

An early Diwali should continue to push demand in India with shipments from the current crop year being required to make the earlier date. Lingering logistic issues will further motivate buyers to plan early shipments. Inshell prices have already seen a modest bump moving from a 27/30 equivalent to 25/27 and this trend could continue should India quickly accelerate their buying.

Western Europe exceed 62 million pounds in February exceeding last year’s figure by +4.5%. This is the first YoY growth for the region since August 2021. The region is now -21% off on the crop year, but an improvement from the -26% figure seen last month. The Netherlands leads the surge and is now +1% on the year having imported over +50% more in February than the year prior. Spain and Italy also saw growth over last February, but Germany and the UK failed to pass last year’s totals. With the exception of aforementioned Netherlands, all major Western Europe markets continue to be off by significant margins on the crop year.

Regional unrest has also spurred panic buying in regions closest to conflict zones and has motivated many more for 'preparatory' buying as the anticipation of further disruptions and fears possible escalations dominating consumer sentiments. How long this lasts is yet to be seen, but short term demand pressures should amplify buying in the region.

China is up +25% MoM but couldn't meet last February's shipment totals falling behind -36.6% YoY. China has shown some signs of strengthening over the past few months and may yet have additional demand. Rains in Australia are increasing the odds of high damage and lower quality from their crop which would see China look to California to pick up the slack.

The California Almond market faces many dynamic market influences. The perception of oversupply and pressure to move more almonds is perhaps the largest factor to consider. Prices do remain suppressed in large part because of this, but, one variable does not make a market. Let’s examine what other influences we’re keeping a watch on:

The invasion of Ukraine by Russian forces have thrust western geopolitics into turbulence. The Russian and Ukrainian markets by themselves are not overly large markets for California almonds, but regional disruptions can trickle to neighboring markets. Logistic issues that have plagued global supply chains and only going to become more ensnared.

Furthermore, the economic sanctions imposed by both the US, the EU and NATO allies has farther reaching economic impacts than just restricting commerce to the targeted country. Rising fuel and transportation costs have already begun to play out. We have also seen a significant uptick in short term demand to neighboring countries as a hedge against future disruptions.

Rising production costs have become a major concern for farmers of all kinds. Almonds are no exception. Fertility, on the whole, is up over +50% YoY. Potash is up +40% and UN32 is up +250%. Herbicides are also experiencing increases, some as much as +130%.

Fuel prices were already higher YoY and current conditions are only accelerating this trend Fuel prices in the US have recently surpassed all-time highs and continued sanctions will certainly influence the market. Labor as well remains in high demand and many operations are have been running shorthanded.

Collectively, these cost increases mark a real burden for farm managers. With almond prices already forcing many to target a breakeven managerial approach, increased prices are likely to force some growers to reduce managerial budgets which could impact yield and quality for the future crop.

California experienced widespread below freezing overnight temperatures for several consecutive days in February. Where available, growers employed mitigation efforts. These efforts included irrigation to warm the ground and even dispatching low flying helicopters to raise orchard temperatures. In some cases, risk management options were not available; but, even when applied, the effectiveness of such actions is diminished the lower the ambient temperatures fall.

Reports of temperatures in the low 20’s Fahrenheit were widespread. So too were reports of damage. While the Northern Region seems to have been hit hardest, damage has been reported in all growing regions.

How frost damage will eventually impact yields won't be know for some time. Trees don't need to set a high percentage of blossoms to have a crop and the first 10-14 days of bloom were near ideal. That said, the frost certainly took the top end of the yield off the table and anyone betting on a bumper crop in 22/23 would be wise to reevaluate that position.

87% of California remains in severe drought as measured by drought.gov. This is up from 66% as reported in our previous Market Update. This follows one of the driest January-February stretches on record with many places receiving little to no measurable rainfall per the Washington Post. This has also pushed down the State’s snowpack, which plays an integral role in filling reservoirs in the spring and summer. Statewide, the snowpack is just 60% of normal through March 10, 2022.

We’ve said this time and again in our reports, lake levels are not favorable and well below historical averages. Of the nine largest reservoirs in the state exceeding 1 million acre feet capacity, only three are above 70% of the historical averages for this time of year. Taken in aggregate, these nine largest reservoirs are just 42% of their collective capacity almost 2 million acre feet less than this time last year. As a percentage, that’s -16.5% below last year water storage through March 10th. For added context, March 10th 2021 had a similar statewide snow pack of 58%. This means, all else equal, we’re ending the rainy season more or less where we were last year with -16.5% less water in storage. Most water districts continue to signal minimal water allocations and delivery restrictions including a 0% allocation from the Central Valley Project.

Wet patterns can persist in California through April. We will continue to hope for some relief, but we are preparing for another year of significant water shortages and drought stress.

The perception of a market oversupply is going to continue to suppress prices for the time being, where increased grower costs, in the middle of historically low prices, will make handlers reluctant to chase volume simply by lowering price. Drought and frost concerns have again brought into question the stability of long term supply. Taken collectively handlers may be less concerned about a larger than normal carry forward than they may historically be, thus providing a floor to the market.