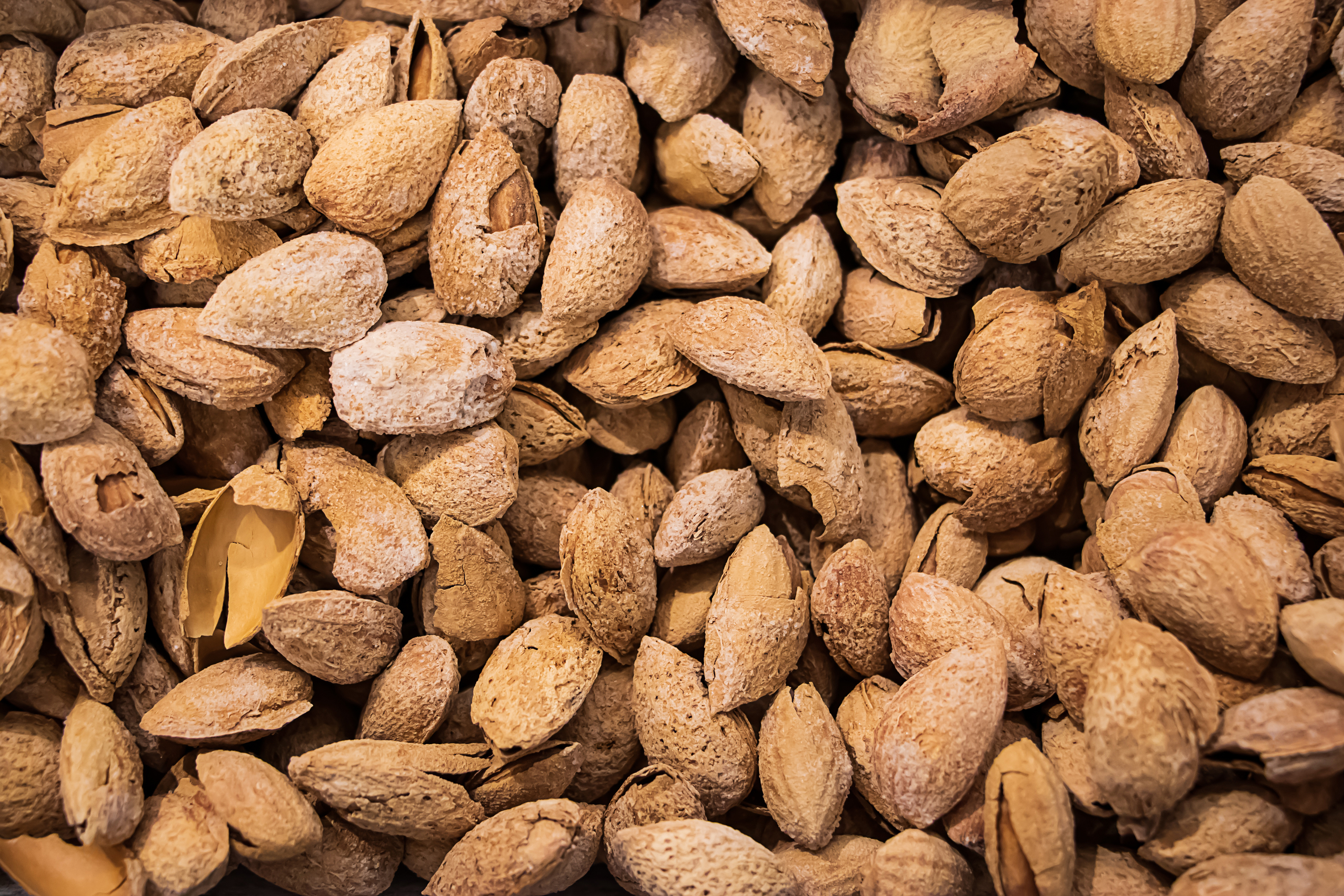 For the most part, growers should be done picking up their almonds. Hulling facilities’ yards are full with stock piles. We won’t have a clear picture on eventual crop yield for several months yet, but signs continue to indicate a crop size below that of last year’s record setting harvest. Field-to-field comparisons YoY seem to consistently show a yield reduction of 8-15% from last year. This could keep the 2.8 billion pound crop forecasted by the Objective Report within reach; however, while quality seems good, kernel sizes look to be suppressed, particularly in the southern parts of the state. This has many concerned that there is little upside to the Object’s projection and some are suggesting harvest will come under that number.

Uncertainty has many handlers holding tight and selling hand-to-mouth. You can see the affects of this sentiment reflected in the 232 million pounds of new commitments added this month, which is -17.5% below the 5-year average for September. In aggregate, commitments are off -34.05% from this time last year. Available to sell (Total Supply – Shipments – Committed Shipments), as a percentage of total supply, is also nine (9) whole points below last year’s figure. Bottom line: the industry is slower to get longer term contracts on the books and it appears that uncertainty in the eventual crop size is what is behind the slower commitment pace.

Shipments however seem strong. With less almonds to sell this year, the industry isn’t in a position to meet last year’s numbers with any regularity. The 227 million pound shipment number reported in September's position reports keeps the Industry on a -4.2% pace through two months this crop year. Also worth noting for a means of comparison, while below last year’s record of 261 million pounds, September's shipments still represents a +16% lift over the 2019/20 crop year.

Trick or Treat… or Rain?

The beginning of Fall has brought a few weak weather systems to interior California bringing with them some unsettled weather and a few instances of precipitation. While welcomed, the rainfall totals have not been sufficient to easy anyone’s drought concerns. However, the lack of meaningful rainfall at this point in the year is well within normal conditions, even for heavy precipitation cycles. The traditional rainy season is still on the horizon. This means long-term drought impacts are going to continue to be top of mind.

Growers hit the hardest by water scarcity have probably already committed to orchard removal, but others that are on the cusp, or planning new installations, may still be making their decisions. Either way, drought conditions are going to continue to impact the long-term supply side of the industry as long as reservoirs remain empty and this only adds to the hesitancy of the market.

India saw an increase of +50% in shipments MoM, but shipment totals remained -13.5% below those of last year. The increase over August, while eye catching, was not as large as the MoM growth in 2020/21 when September shipments were up +56.5%. This is a little disappointing considering harvest began earlier this year – the thinking being the industry would have been able to catch up on the supply side – but don’t confuse any perceived slow down in India as a demand issue. It is still very much supply driven. The smaller sizes the industry is seeing this year mean India’s preferred specification is still in shorter supply. This means buyers are having to wait, pay a premium, or accept something different. The India market is still poised for continued growth, but buyers and markets will need to continue to adapt, which may suppress growth in the short term.

China was up +4.4% YoY in September and is +13% on the year. Liquidity issues in the Chinese economy may suppress growth and long-term commitments, but solid shipment numbers suggest China can continue to grow. Elsewhere in the region, Japan and South Korea are also posting solid growth figures on the year. Both markets came off of a particularly robust August, so the MoM lag was expected. On the whole, the Northeast Asia region appears strong.

Southeast Asia might be a different story. Every single market in the region was down MoM. That might be expected when several of the markets posted near or above triple digit growth in August, but the region-wide volatility might be something to watch. The region still acts a passthrough market and has been growing as an added value manufacturer. We’ll look for the region to stabilize in the next position report.

Western Europe as a region is off -5% through two months. The mature nature of the market would suggest that any pricing volatility with supply issues would be more easily dealt with, so a long-term slowdown in the region is not expected. Of the five largest markets in the region, only Italy is down YoY, but Spain, the largest market, and Netherlands are flat.

Elsewhere, the UAE is an interesting market to note. While not posting large growth figures, the region is still up +4% on the year. This market prefers large sizes, which appear to be in short supply, so it is expected that this market will either need to adjust its preferences, or pay a large premium. Either would be head winds for maintaining a growth scenario.

Morocco saw large growth last year. Rising prices may bring to question their ability to maintain their business gains. So far in 2021/22, the market seems stable and is essentially flat on the year.

Hitting Pause on Just in Time?

Logistical bottlenecks have been a common talking point in our reports. It's no secret that rolled bookings, labor shortages, port back ups and container availability have all put pressure on global supply chains. But have these pressures killed the Just-in-Time inventory model, or at least put the concept on hold?

Unless we see an explosive expansion in warehouse capacity, the just in time model isn't going away. But the model does require a robust and timely supply chain. So what do you do when supply availability is disrupted, or perceived to be? Exactly what shoppers did here in the US when pandemic lockdowns were occurring: you overbuy and hoard. Except in the global world you're not clearing the shelves of toilet paper, you're buying more of whatever you need today, whenever you can to get it, as quickly as you can to ensure you have inventory when needed. Being oversupplied is better than being without; so the thinking goes.

As it pertains to almond markets, we see this as a possible short term drag on commitments. Buyers who may be sitting on elevated inventory levels having positioned themselves to adjust to supply chain problems and still have shipments in transit, or on the books, might be reluctant to enter the current market with hesitant sellers asking for higher prices. Both buyers and sellers are ultimately gambling on the eventual outcome of the harvest and prompt shipments are going to continue to carry a significant premium with supply chains in their current state of disarray.