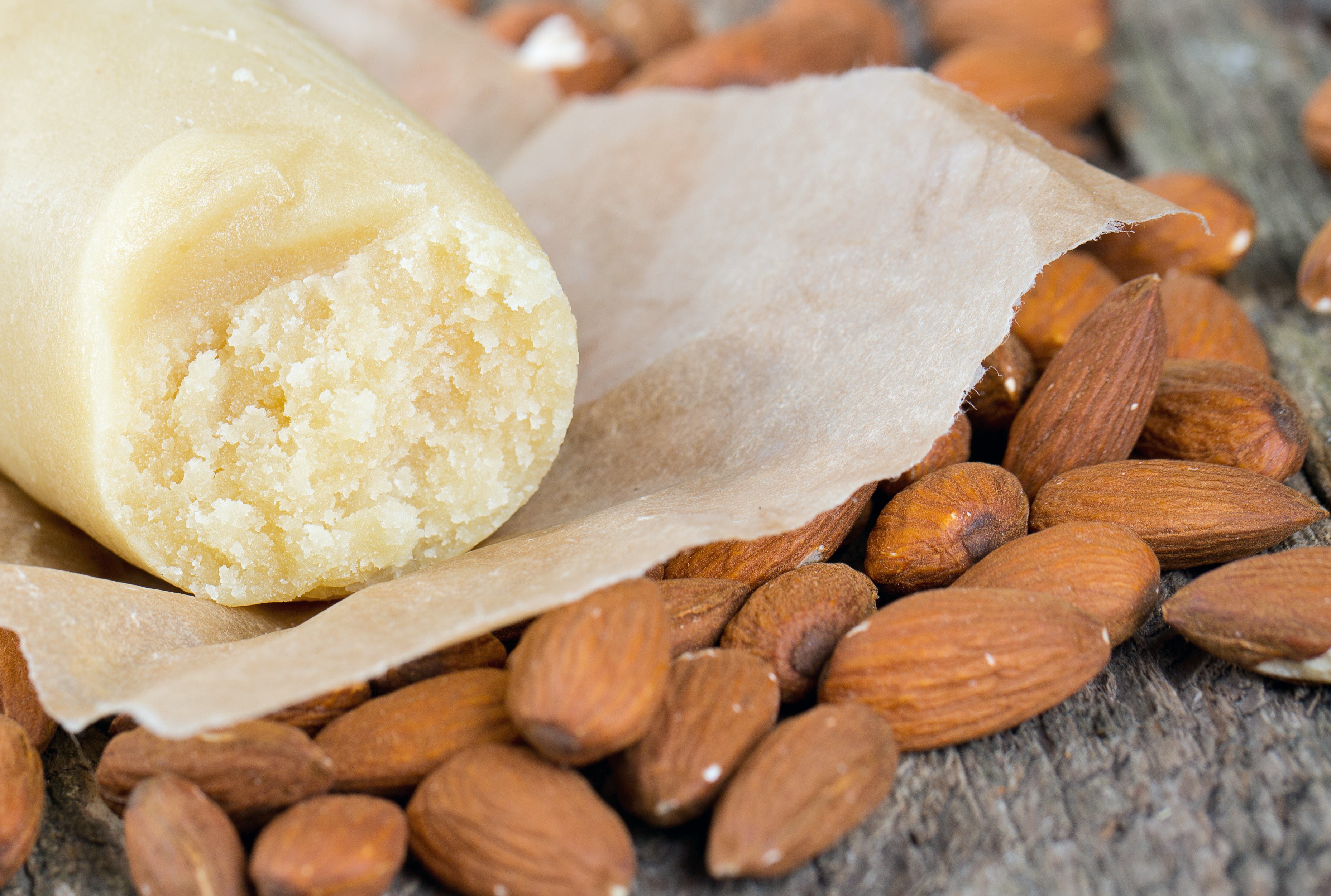 The Almond Board’s Position Report indicates that California Almond handlers shipped 217 million pounds in October. This is a -29.9% reduction compared to last year’s record 309 million pounds. One could suggest that last year’s figure is not a reasonable comparison by pointing out that the industry is expecting less supply this year and/or suggesting last year is an inflated anomaly - last October’s numbers are +13.9% larger than any other single monthly shipment figure on record. But it would be unreasonable to suggest that shipments were on pace with historical trends. Consider the chart below tracking monthly net shipments over the past several years. We can see that historically October has been a strong shipment month and the 2021 numbers have fallen below historical averages.

Market factors are complex, but a combination of recent price increases, reluctance of handlers to take long positions and supply chain constraints may be factors to consider. The shipment chart above might hint at earlier than usual buying for the holiday season, particularly in export markets where delays while in transit can quickly amplify. We briefly discussed in our September Market Update that export markets, particularly in Europe, had done well to get in front of lingering supply chain issues and were well positioned for short term supply needs. There may not have been significant demand to put more on the books with recently rising prices. We’ll touch on this more later in the report.

Recent price increases in general could very well have suppressed shipments. Rising prices tend to go hand in hand with reluctant handlers and concerns about the eventual crop yield, and possible supply constraints, are certainly factors in the current shipment slow down. However, handlers have to balance the crop uncertainty with a real need to move product. Prices have begun to decline of late, a signal that handlers may be more willing to keep product flowing under current conditions than they were previously.

That said, we’d continue to expect hesitancy from handlers to take long positions until a clearer picture on eventual supply comes into focus. Receipts reported on Position Reports won’t start providing clues in this regard for another month or two, so we’re still reliant on second hand sources and anecdotal evidence. These sources continue to suggest that the north and central areas, while solid, are not up to last year’s numbers, and the south, that was expected to carry the season, seems to be impacted more heavily than many had hoped. Most in the industry continue to forecast a crop yield under that of the Object Forecast’s 2.8 billion figure and the downward pressures continue to be strong. To what degree the industry may or may not come under the 2.8 billion pound forecast remains up for debate, but significant variance on the lighter side could continue to put pressure on the market.

A closer look at commitments also suggests that commitment interest remains focused in the short term. YoY total commitments are down -27.6%, but as the chart below illustrates, monthly commitment activity remains on par with historical trends. If and when long term interest returns, we’d expect the industry to begin closing the gap between YTD commitment levels YOY with accelerated monthly new commitments that outpace the monthly shipment figures. Until that materializes, buyers and sellers are going to be working hand-to-mouth.

Drought, water stress and future irrigation availability remain top of mind for many almond growers. Rain has returned to California however, and at times, in a large way. A significant October atmospheric river event smashed daily and monthly rainfall totals in several locales. Lake Oroville, one of California’s largest reservoirs, increased by 20’ in just a single day. While rain events in October are not unusual, the early season volume was certainly an outlier – and a welcome one.

According to NOAA Data compiled by Golden Gate Weather Services, all but two locales within California’s primary almond growing regions are above normal rainfall for the season. 75% of tracked locales (18/24) are over +200%. And almost half of Northern California stations are reporting over +400% of annual average.

It all sounds rosy, but how about some context? California has yet to see its historically wettest months. While we are off to a solid start, to have even a normal year, much more rain will need to fall. In the wetter north, where many places are over 400% of normal to date, less than 33% of a full season’s average has fallen. In the Central Valley, less than 17% of a full season’s expectations have fallen. If the remaining wet months were to turn drier than average we’d be right back to drought conditions.

Want more proof that we’re not out of the woods yet? As of Nov 10th, Lake Oroville sits at 666’. This is -55’ below lake levels last year and -115’ below that of 2019. You can check current levels HERE. Lake Shasta is no better, down -60’ from last year and -127’ from 2019. Check Shasta HERE. While not the only water storage sites in California, these two lakes are certainly the largest and play major roles in servicing water users throughout the state. If the season can fill these lakes, California is going to be in a much more secure water situation. But they are far from full and we need a lot more rain to fall this season.

We all wish we had a crystal ball at times, and by no means would we suggest this represents one now, but for what it’s worth, The Old Farmer’s Almanac is not predicting a particularly wet November/December for California. This is not promising when both the chance of rain and the average volume over time increase through November and December. An average to below average Nov/Dec would quickly eat away at the gains we saw in October. Time will tell.

Export markets lead the shipment decline in October off -35.6% YoY. Domestic shipments we off as well, down -11.6% YoY; however, shipments did see a lift MoM and October shipment figures surpass those seen in 2019. While a stronger domestic market would always be welcome news, the primary drag on shipments is coming from overseas.

Earlier we postured that Western Europe may be a leading region as we speculated that these markets had been better positioned possibly having purchased early for holiday production needs to avoid supply chain issues. We do in fact see this region experiencing sluggish shipments. All countries but Denmark are off YTD. Top importers Spain (-23%); Germany (-15%); Netherlands (-19%); Italy (-32%); UK (-14%) are less -29.5 million pounds. As a region, shipments to Western Europe are down -23% YTD.

India shipments are down -13.5% YoY in October. On net, shipments are down -12% YTD. India remains an important market as a growth engine for California almonds. A reduction in shipments coming off of a transition period where California inshell had been effectively depleted may be an indicator that the pricing increases we’d experienced through transition are not sustainable for a growth pattern. We have in fact seen prices decline and none more so than inshell. This can somewhat be accounted for coming off a historically high premium for inshell Nonpareil compared to its kernel equivalent, but a sluggish India market thus far may suggest that accelerated growth may still be largely price driven. As markets stabilize, we do expect India to return to a growth model, but much may still depend on the eventual crop size and how supply ultimately influences the broader markets.

China is off -14% YoY in October; -3% YTD. This is well above the average decline of export markets and signals that China remains a market with strong growth potential. That said, southeast Asia markets, which act as pass through and value-add markets for China, are off -32% on net.

The crop year is still young. Export shipments are down -14.6% YTD in aggregate. As a whole, the industry has shipped -27.6% less than this time last year. This is not a scenario that will support overly cautious handlers for the short term and we have already seen significant price declines as handlers look to find movement in the short term. That said, crop uncertainty and long term stressors remain and if crop receipts begin to confirm handlers’ concerns of a short crop, future price volatility will be likely. This could be even more dramatic for larger sizes or niche specifications that experience additional supply constraints. Market volatility over the coming months seems likely.