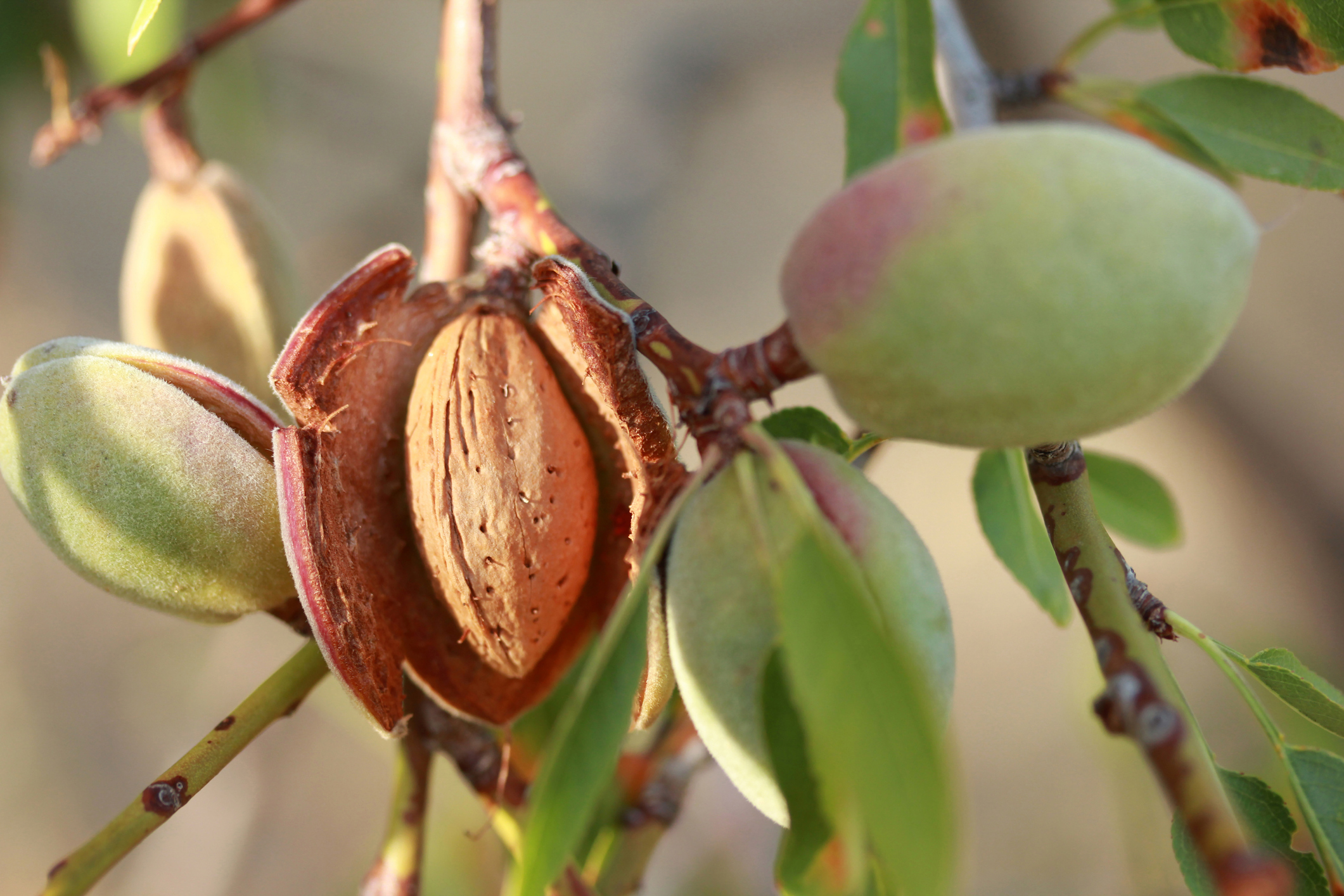 Our sincerest holiday well-wishes to all those who read this and to your family and friends. As trying as these times may be, may it not over take your capacity to find joy and happiness. We at Select Harvest would also like to extend our thanks to each of you in the parts you play, big or small, in supporting us and making us who we are. Together we make each other stronger. Happy Holidays!

The Almond Board’s November Position Report continues to show positive signs for the industry. Shipments to domestic and export markets both set November records. Through the first four month of the crop year the domestic market has posted +12.87% growth YoY and Export markets are showing +24.77% growth YoY. In aggregate, the industry has moved +21.47% more almonds than last year through this time period. This growth figure roughly falls in line with the expectation of a supply increase in the ball park of +20% for the crop year. We’ll discuss supply expectations in more detail later, but demand through the first four months of the crop year have been able to balance supply expectations and would explain why we’ve seen recent stabilization of prices relative to the volatility we saw earlier in 2020.

Shipments have certainly slowed to India. We’ve highlighted India in our past several Market Reports, and the sub-continent continues to show a +82% shipment growth on the crop-year. For the most recent month of November, India is up just +15.5% YoY. ‘Just’, as if that itself isn’t a respectable growth figure for a market of it’s size, but recall that India had seen triple digit growth figures only a couple of months ago. Clearly some rebalancing needed to happen and we expect India to continue to be a driver of demand. Prices have been steady and seen some modest gains, but it is clear that India remains active.

Western Europe on a whole shows a +11% growth rate on the year holding steady MoM. China has come on strong in November +108.8% YoY and climbing to +33% on the crop year. Traditionally Gray-market funnels for China in Vietnam and S.E. Asia slowed in November over October, but remain strong on the whole. It will be interesting to watch is there is a real shift to direct shipments into China or not. There is optimism that new leadership in the USA could lead to a changing trade environment, but those changes will take time and do not explain the current shift.

Per the latest position report, August through November Month over Month shipment growth figures are as follows: +30.7%, +33.0%, +16.6% and +11.6%. One could conclude that growth in demand is slowing, and one would not be wrong. For some context however we included the above charts again in this month’s analysis to take a broader look at what’s happening. In the Shipments chart we see that for the current crop year we continue to trend in line with seasonal fluctuations. A general softening was expected October into November. We also previously discussed India. By virtue of the size of its market it alone will influence growth numbers in a meaningful way, but on aggregate, shipment continue to be healthy.

Monthly new commitments, shown in the second chart, might suggest that the market has cooled as well. It’s fair to say that buyers are not as aggressive in putting new orders on the book for the future, but you’d be missing a few other key pieces of data. First and foremost, the industry is currently reporting over 1 Billion pounds in current commitments on the books. While it’s true buyers have fallen back in line with historical contracting trends, the commitments on the books represent a +54.72% increase YoY. Furthermore, as the crop year progresses commitments could begin to fall beyond the current scope. Whether that’s a reasonable influence or not, continued shipment growth indicates that the spot market has been strong.

This also supports our observation that shipments are being consumed. There had been some speculation that some markets were stockpiling due to the drop in prices. This is not case and true consumption has fallen in line with the increase in shipments across the board. This signals real demand, not just opportunistic purchasing.

Okay, silly picture, but let’s talk supply. Before we discuss crop size, let us highlight one last point from the Position report. -9.32%. This is how much FEWER almonds handlers have to sell than they did this time last year. Receipts will continue to notch upwards, we’ll get to that, but consider for a moment what the combination of fewer almonds not yet sold, within expectation for new monthly commitments, and a healthy spot market may actually mean for the industry moving forward. We’ll explore this in future reports, but suffice it to say that perhaps we should have been paying more attention to supply all along.

We’ve done a few mathematical exercises in previous reports. We won’t get into the weeds this time, but for the sake of reference the Objective forecast has, on average, been relatively accurate over the years. That isn’t to say that it always has or always is, but if you’re wondering, the most recent 10-year average would suggest that with a 3.0 billion pound objective forecast, the Industry would harvest 3.016 billion pounds. If you go back and average the past 20 yeas this number expands a bit, but remains well under 3.1 billion pounds. The assumption of course is that over time forecasting becomes more accurate on average, so the feeling would be 3.016 is more reflective of the likely outcome, but with all mathematical models, averages are never expected to be the eventual outcome. So what do we expect?

Allowing some rounding, 2019 crop receipts through November last year accounted for 81.4% of the eventual crop. If one were to assume the Industry were to be 81.4% through crop receipts in the current year, that math would project an eventual 2.966 billion pound yield. If one were to assume instead that the Industry would process the same tonnage for the rest of the crop year it did in 2019, the projection would come to 2.891 billion pounds. It’s our feeling that crop receipts will continue to outpace last year’s receipts pushing us closer to the original forecasted numbers, but time will tell.

It also warrants noting that the market for larger kernels is operating very much independent of the broader marker. This is due to the shift in kernel size distribution that resulted from over burdened trees producing smaller nuts. This is a common phenomenon in years where nut-per-tree yields are up, but is especially exacerbated this current year where general demand for almonds has seen such significant growth. The fact of the matter is the supply for larger kernel sizes is such that it can not keep up and buyers are paying premiums that put prices for larger sized almonds at historical levels.

The US is being hit hard by covid. So too are other parts of the world. Supply chain issues are already impacting certain business sectors, including transportation. Further disruptions are likely which could pressure on both the domestic and export markets. December usually marks a slowdown for the industry as it is and come January many are already looking to the coming bloom. Prices are likely to stay stable for future contracts, but spot contracts may carry added premium. The high level of commitments suggests confidence in buyers for a sustained level of demand and it is likely that at these prices they will be looking to cover much of 2021. However, if demand continues to be strong, handlers may become more reluctant to put too much on the books with so much already committed and new crop anticipation starts to enter the conversation. While prices aren’t likely to see any major movement in the short term, we might suggest that the bottom of the market is already behind us.

As a nod to our growers (and those who aren’t yet our partners), quality for the current crop is especially great with historically low levels of serious damage. Near ideal weather conditions through the growing and harvesting season certainly helped, but continued advancements in orchard and pest management are to thanks for allowing growers to take advantage of the conditions. This bodes well for end-users and consumers alike.

As always, please reach out with questions and comments. To receive monthly market updates via email, please sign up for our newsletter or email us at info@selectharvestusa.com.