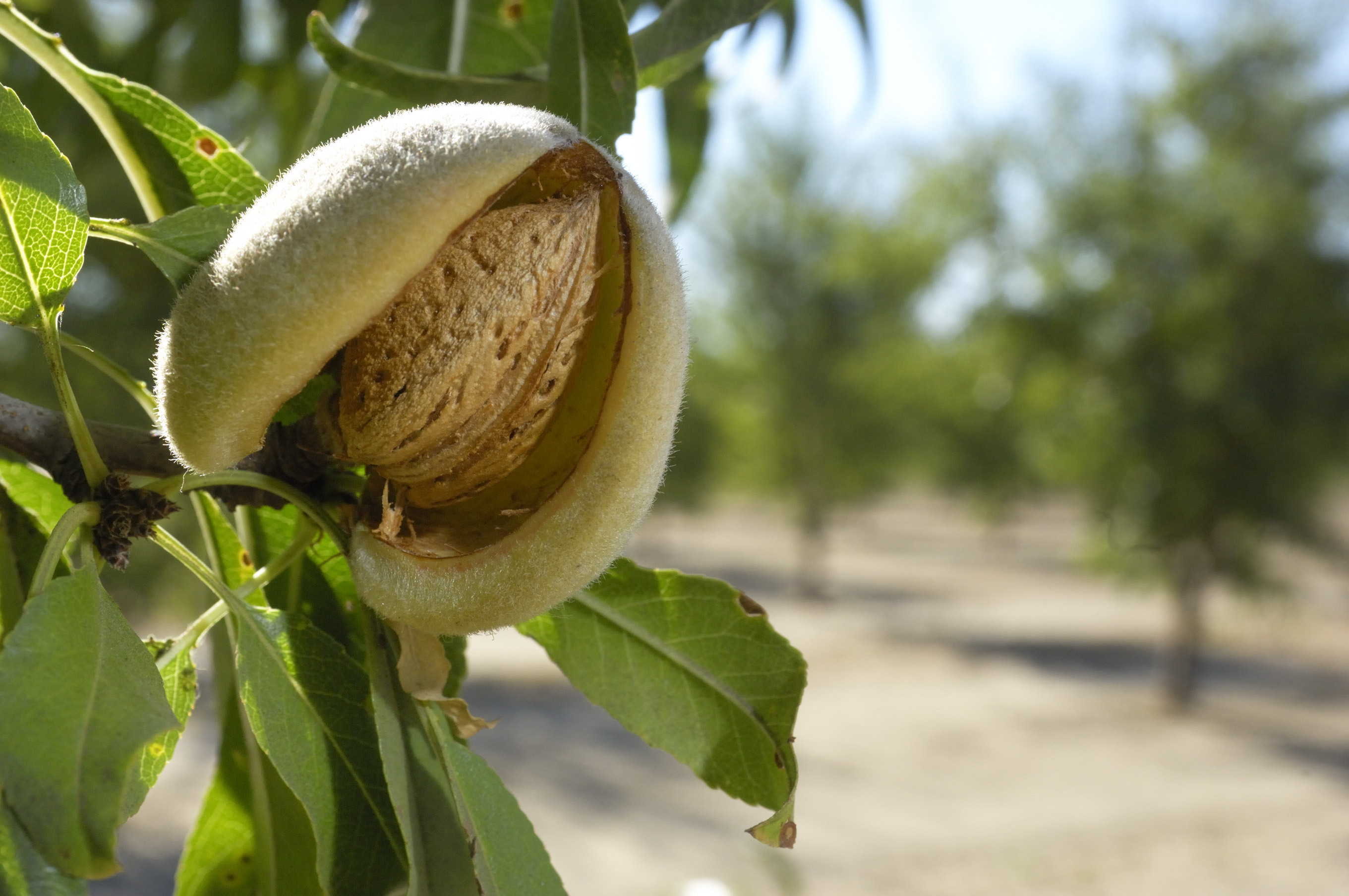 Harvest has begun! We were so eager to get started, we were shaking trees in our orchards about 7-10 days earlier this year. The first loads of almonds rolled into our facilities Aug 9th and other facilities in our region as early as August 4th. The earlier time line is thanks in large part to the record setting heat we saw this summer and most growers seem to be reporting similar shifts in their harvest timelines. The weather forecast seems positive with any substantial shift to cooler and wetter conditions unlikely this time of year. Some parts of California did receive some welcome precipitation overnight 9/9-9/10, but the small amounts and dry forecast ahead means little to no impact on harvest.

Forward commitments remain at levels underneath those of last year. In aggregate commitments are off -32.15% YoY. New contracts in August did nothing to help buoy these numbers adding just 135 million pounds, off -41% YoY and representing the lowest monthly volume since April of the 19/20 crop year. The slow pace of new commitments is not unreasonable with the expectation of a lighter crop size and higher prices, but it does signal some hesitancy from buyers and sellers to enter the market aggressively and hints at a discrepancy between buyer and seller expectations of eventual crop size.

A consensus understanding of crop size may not materialize for some time with harvest just starting, but we can do some unsophisticated, too-early-to-mean-much math on our current harvest situation as at least one point to consider. Harvest began a week earlier this year; 4 weeks in a month; so for the sake of the exercise, let’s make the assumption that we should be 25% ahead of last year; all else equal. Doing so, we’d project receipts totaling just over 340 million pounds at the end of August. While we’re ahead of last year’s pace with 312 pounds received, we’re not at 340 million pounds. In fact, the industry would be off -8.4% with 340 million as our benchmark. Extrapolated out, -8.4% on a full year puts yields right around 2.8 billion pounds.

Now don’t go running to Vegas with a 2.8 billion pounds number in hand; rather, use it to help add a little context on current receipts. Yes, 312 million pounds is +14.5% over this time last year, but this shouldn’t be interpreted as a sign of a stellar harvest. At a minimum, understand almonds have begun arriving sooner. Being merely a month in, the earlier deliveries are bound to inflate receipts at this time.

Field managers and hulling facilities do seem to be telling a cautious tale as well. Yields have been a mixed bag with some areas performing well, but consistently the numbers we’re hearing are receipts are lagging -8 to -15% behind last year and turnout 1-2% off as well. This would keep yield in line with the expectations set in the Objective Forecast, but additional downside is still a possibility.

Consider that across the board kernel sizes are off from last year. The Southern region, which accounts for over half of the almond harvest and where water stress is historically the highest has seen a significant shift to smaller sizes with Nonpareil kernels 40/50AOS seeing significant increases of last year. In fair times small kernel sizes can signal a bumper crop where an overabundance of almonds stresses the trees, but sheer volume isn’t the culprit in this case. The silver lining seems to be that quality has looked great and shrivel is perhaps not as widespread as once feared. Collectively though, the usual indicators are showing more downside to potential yield outcomes than not.

Shipments to India were down -10% YoY in August, but don’t let the number fool you. Inshell supplies have been tight and harvest is just beginning to elevate supply constraints. Prices have long rebounded from lows, but India is still up +50.8% over July’s figures. As harvest continues, and inshell becomes more readily available, many of the pressures facing this market should ease.

Large sizes do however appear to be harder to come by, which may dampen some demand. Logistical issues are not unique to India, but our team has found it especially difficult to supply this market with as much volume as we are seeing interest for no other reason than we just can’t ship as much there as we’d like. All that said, India is poised for another strong year and seems likely to continue to grow, though likelier at a more modest rate that last year.

China is up +56% YoY. This is positive news for the market considering 2020/21 growth hadn’t materialized yet this time last year. Also encouraging is China’s +74.3% MoM growth fueled almost entirely by inshell shipments. This suggest that the slower growth we saw at the end of the crop year may have had more to do with supply availability than slumping demand. Another strong showing in September would suggest China’s resurgent has some resiliency and staying power and inshell shipments will be worth monitoring as the crop year progresses.

Maintaining demand gains in Western Europe will be a key factor in market movement in the 2021/22 crop year. The more mature markets of Europe have historically been less sensitive to price fluctuations and the expectation would be that this continues. Below average prices certainly helped grow consumption in the region, but a return to historical averages shouldn’t be as big of a deterrent to continued consumption as it might be in new or emerging market. It is thus a positive sign that Western Europe is +14% over last year’s August shipments. Germany and Spain, the two largest marketing in the region, are also up over last year’s numbers. At the same time however, Germany is -29.6% and Spain -33.6% MoM. The month to month dip is a part of the normal cycle and shouldn’t signal any sustained change in appetite. We’ll look for a rebound in September.

Supply chains are a mess right now. And are impacting business at all levels. In August alone we could have shipped another million pounds just to India in enough containers and bookings had been available, and we’ve seen rolled booking into Europe extend for several months. If a handler can get a booking, they can’t get a container; if they get a container, they can’t return it. Meanwhile ships are sitting idle awaiting port, containers are taking longer to unload and simply getting almonds from one place to another is more expensive, time consuming and fraught with unexpected variables than ever before.

It’s no different upstream either. Everything from packaging, maintenance components, equipment, to labor and trucking - almost all facets of what allows handlers to bring almonds to the world - is under some level of stress. Buyers of almonds should be prepared for delays and higher operating costs associated with ongoing supply chain struggles.

Drought remains a real concern for all California farmers. While its continued impacts will no longer influence this current crop yield, there are still very real and consequential impacts on the horizon. Deficit irrigated orchards, orchards stressed with overly brackish ground water applications and looming water shortages without a wet winter are all going to impact a grower’s decision on whether to leave an orchard or even if new orchards get planted. Without significant changes, it’s quite possible we’ve already seen peak almond planting. This means continued supply growth, at least at the pace we’ve seen over the past decade plus, is almost assuredly entering a period of much slower growth reliant on new innovations rather than new planted acres.

The current drought is the worst we’ve is a common retort and may sound overplayed by now, but it’s true. The North that has enjoyed ready access to water in droughts past are not immune to its effects with go around. Tehama, Glenn and Colusa counties have all reported wells coming up dry. The state’s groundwater sustainability program, SGMA has also pushed counties halt new well development a lot quicker than many predicted which will severely limit new crop land acreage in an era of surface water shortfalls. Climate change models and the State’s inability to address water supply and delivery system upgrades mean that supply side constraints in the coming years are something that we should all begin to consider as we evaluate markets.

Current conditions are most analogous to the last drought cycle of 2012-2015. Prices during this period peaked to all-time highs as drought conditions significantly restrained supply. Buyers comparing prices to record lows seen last year understandably may be surprised by the rapid return to historical averages. The market in general is up +$0.70 or more. But historical averages seem like a bargain when comparing to the drought year highs were Nonpareil was as high as $4.60 a pound.

Handler feel this pressure and many appear reluctant to put contracts on the books more than a couple of months out. Commitments past December are just not being booked in spite of buyers’ willingness to do business at current levels. Signs are pointing to a period of supply constraints and additional price increases are not out of the question in short term forecasts.

Whatever may come to pass, all eyes will likely be on next month’s position report as handlers and buyers try and read the tea leaves as to eventual crop size. Keep an eye out for this month’s NutNews podcast featuring a conversation with CEO Bub Nunes where we will be discussing current market conditions and hot button issues in the California almond market. You can follow the show on your favorite streaming service, or bookmark THIS PAGE and check back regularly while you catch up on past episodes.